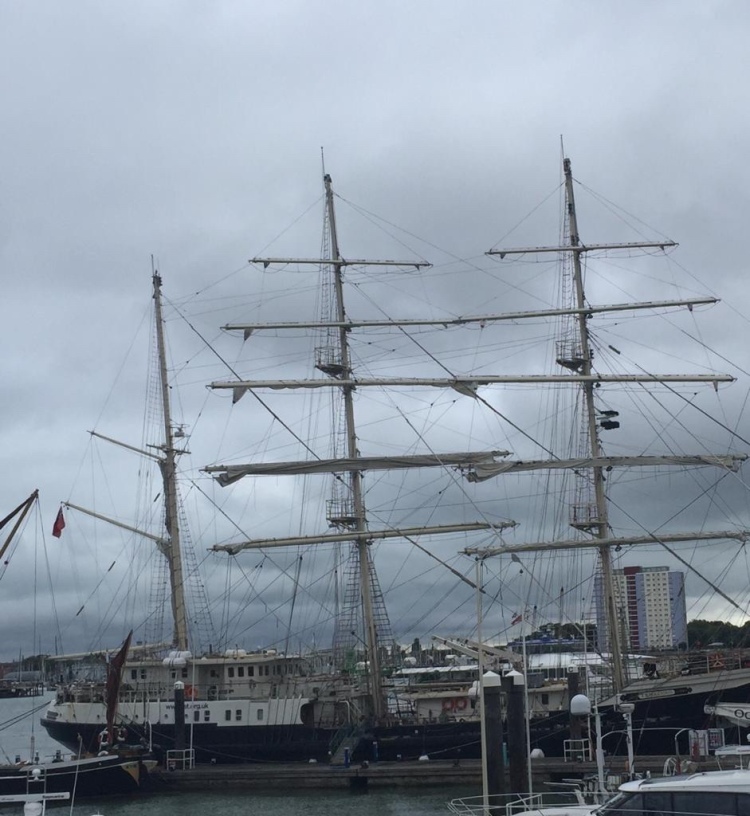 This was my first view of her. It took my breath away. At this point I was feeling sick, needed the toilet, and quite frankly I was pooping my pants.

This is my worried face. I don’t do travel. Because I find the unknown really difficult.

Turning 50 this year and having a life limiting condition for the past 37 years and I always played it safe. This was the year I was going to start taking risks. Abet calculated. I’d been aware of the jubilee sailing trust for years. So I signed up for my first voyage on Tenacious at the same time I decided to do discovery award which is basically DofE for old people.

I met Peter my watch leader. My sister informed him I hadn’t had much sleep. I’m not skilled at sleeping. I met Karyn my buddy. We hit it off straight away. I was so relieved because that was going to make or break this trip. 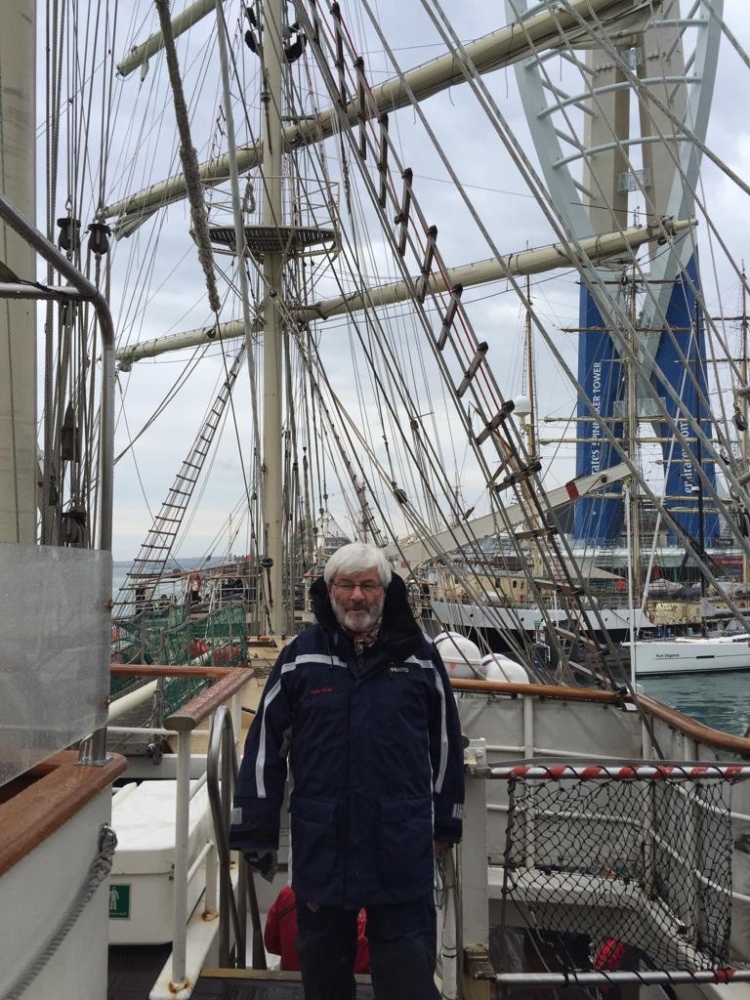 My sister went to work. I was left with Karyn and the duvet! Seven goes to get it on her duvet five for mine and much laughter. We called that session Duvet Gate!

Then it was stores. I was next to Andrew who was very considerate and told me the weight of everything before I took it from him.

Then disaster struck I was helping Andrew of the step on the gang plank the next thing I knew was Andrew and me were rolling in the netting of gang plank. Daz was there as quick as a flash. Got me up reassured Andrew. There was no big fuss. I thought that was it for me I’d be turfed off the boat. But no it was just part of life on board. Andrew survived the roll in the netting with me ! He was even still talking to me.

Next I was on mess duty set some tables with Bruce. I managed to rinse all the plates etc. My back was really sore by this point, so after that I went for a wee horizontal. Then I was on eight to midnight watch Duty. We also had a fire drill for some reason I was naked when It went of my clothes have never gone on so fast. Just to stop rumours before they start there was no body else involved in the nakedness. This caused Daz to utter the the immortal words you don’t need socks you need to move.”

Published by The Duchess

I have a disabilities and I’m doing a Discovery Award. Here is more about discovery https://padlet.com/colmitch/ymdugticy4q5j9un View more posts